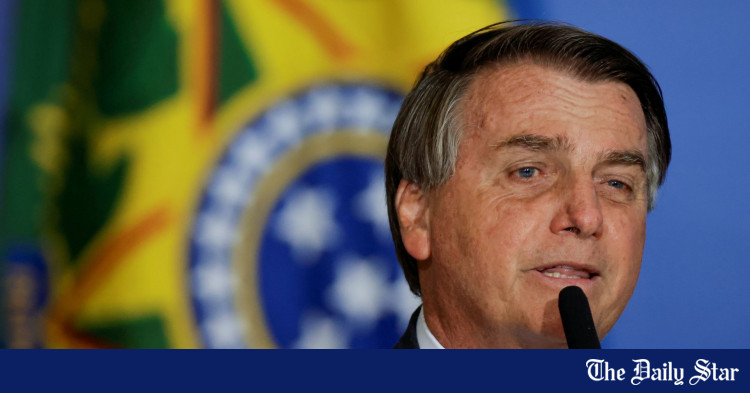 Why Populists Don’t Give In | The star of the day

In the run-up to Brazil’s presidential election, the first round of which was held on October 2, President Jair Bolsonaro has crafted his own version of former US President Donald Trump’s “big lie”: the claim that which a defeat at the polls is fraudulent. Holders who adopt this tactic could simply refuse to concede, while leaving quietly. Or, more dangerously, they can foment outrage and even incite violence among their supporters.

It’s no surprise that Bolsonaro, dubbed “Trump of the Tropics”, is emulating Trump in this regard. Trump demonstrated how an electoral loser can remain a powerful, even dominating force in a country’s politics. But accepting election results is one of the most fundamental elements of democracy. If election denial becomes a new global trend, we have to wonder why so many citizens would accept leaders who fraudulently cry ‘fraud’.

Bolsonaro takes on Luiz Inácio Lula da Silva (better known as Lula), a left-leaning former president who remains wildly popular, as evidenced by his wide and consistent lead in the opinion polls as well as his narrow victory in the first round of the ballot boxes. While the gap may narrow, far-right Bolsonaro is set to lose. But he spent years urging his supporters not to accept that result.

More worryingly, Bolsonaro cast doubt on Brazil’s electronic voting system, which has been in use since 2000 and is widely seen as reliable and efficient. After the January 6, 2021, uprising in Washington, D.C., he warned, “If we don’t get the ballot printed in 2022, some way to verify the votes, we’re going to have bigger problems than the United States.” . His political son, Eduardo Bolsonaro, observed with approval that if only the insurgents on the US Capitol had been better organized and armed, they would have succeeded.

In fact, populist losers are more likely than not to cry foul, for the whole basis of their appeal lies in the claim that they, and they alone, represent “the real people” (or “the silent majority “). It follows that all other contenders for power are corrupt and that citizens who do not support the populist leader do not really belong to the people and therefore do not vote legitimately. Populism is not just about criticizing elites (which is often justified). It is rather a fundamentally anti-pluralist position: the populists claim to be the single and authoritative voice of a completely homogeneous people that they themselves have evoked.

According to this logic, if populists are the only genuine representatives of the people, an electoral defeat must mean that someone (“liberal elites”) did something (“rigged the vote”) to thwart the will of the supposed majority. For example, after his party’s unexpected defeat in the 2002 general elections, the current Hungarian Prime Minister, Viktor Orbán, asserted that “the fatherland cannot be in opposition”. And after his failed bid for the Mexican presidency in 2006, the current Mexican president, Andrés Manuel López Obrador, declared that “the victory of the right is morally impossible”. After rallying “the real people” (ie his own supporters) in the streets of Mexico City, he then proclaimed himself “legitimate president of Mexico”.

It is important to recognize how populist rhetoric erodes a country’s democratic political culture, even when elections do not lead to January 6-type insurgencies. Populist politicians indoctrinate their followers never to trust the system and to always assume that elites are manipulating outcomes behind the scenes.

This does not mean that electoral laws and processes are above reproach. In the United States, in particular, one can criticize everything from campaign finance regulations to the practical difficulties citizens face when trying to vote (many of which are the result of laws intended to make it harder to vote). . But there is a difference between criticizing the undemocratic features of the system and declaring the whole enterprise undemocratic just because you lost. The first may very well strengthen democracy, while the second aims only to undermine it.

Election denial becomes more likely when an electorate is polarized, as this creates opportunities for political entrepreneurs like Trump and Bolsonaro, who have never been tied to a political party. Bolsonaro kept changing parties and for two years of his presidency had no party. And although Trump now dominates the Republican Party, he has never shown loyalty to it (he was a Democrat). Both men have built cult-like followers through social media, dispensing with the need for a true party apparatus, which was once essential to any serious political mobilization.

With no properly functioning parties, neither man faces someone from the same political camp who can hold him back – and neither has a real governing philosophy or political platform. Both essentially represent an endless, personality-driven culture war; if they had a party platform they really cared about, they might be willing to step aside for intra-party rivals more likely to win future elections, and thus be able to implement the platform.

Such numbers can be expected to go bankrupt and deny what they know to be a real loss. The way others act is much more consequential. Trump managed to make Big Lie’s endorsement a litmus test of being a true Republican. As a result, a slew of Republican candidates for Congress, the Senate and the governorship are refusing to say whether they will concede electoral defeat in November. In Brazil, Bolsonarism remains a minority position, but its protagonist has maneuvered to get the army on his side, and he enjoys significant support among the police.

What populists present as the “silent majority” is often a strong minority, as in the case of Trumpisms and Bolsonarians. And while minorities have every right to be heard, it is incumbent on the real majority not to remain silent when a minority becomes undemocratic and violent.

Jan-Werner Mueller, professor of politics at Princeton University in the United States, is the author of Rules of democracy.

(Exclusive to The star of the day)

Bullying, misogyny and sex culture at the Royal College of Nursing, survey finds | Feeding with milk