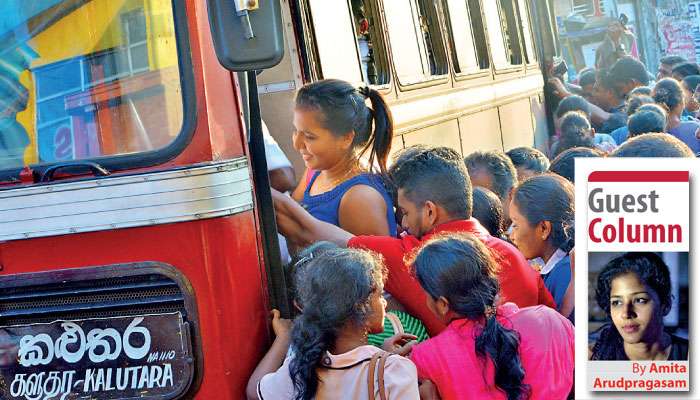 Sri Lanka’s gender gap in labor force participation is bad for the economy and bad for equality. This is also surprising, since Sri Lankan women are relatively healthy, educated and legally empowered. Sri Lankan women do well on health indicators such as life expectancy, fertility and infant mortality – measures normally associated with high female labor force participation (FLFP). They obtain a greater number of university and school graduates than men. And they were given the right to participate in elections as early as 1931. So why is the Sri Lankan FLFP still lagging behind countries like Nepal, China, Myanmar and Bangladesh? And why has it fallen more than 10% over the past three decades?

Part of this conundrum lies in Sri Lanka’s transition out of the agricultural sector – a major employer of women (at least 40% of agricultural workers worldwide are women). While the share of workers in agriculture halved between 1990 and 2017, Sri Lanka’s FLFP fell by around 12%. When countries move away from agriculture, better paying jobs often become available in the service and manufacturing sectors. At least one person in the household, usually a man, obtains a better paying job. And as households have more income, women – no longer compelled to work due to financial hardship – begin to have and exercise the choice not to work.

But that still doesn’t fully answer the question. As the opportunity cost of staying at home increases, women generally begin to re-enter the workforce. Over time, there are fewer dependent children, better social services and more well-paying jobs. But in Sri Lanka, the downward trend in FLFP has yet to reverse. To find out why, we need to explore the barriers that continue to limit women’s employment.

Social norms governing childcare, eldercare and household chores – referred to as “women’s jobs” – are the biggest barriers to FLFP in Sri Lanka. Standards are enforced in a variety of ways, including, in some regions, through abuse. Charles Mary Judith, 53, a mother of three from Anthonyar Puram, Mannar district, says some fisherwomen in her village who try to work are beaten by their husbands. Others are accused of sexual infidelity or promiscuity by their neighbors — even if they work with their husband’s consent.

Since the end of the civil war, gender roles have only taken root. More than 40% of women of “marrying” or “childbearing” age cite “personal family responsibilities” as their main reason for not working. “I got used to taking care of the children, the parents, the house,” says Farida Jeevnujee, 57, from Colombo, who stopped working after her marriage. “In line with our family tradition, women were largely expected to stay home and look after the children.”

Being a mother, especially of a child under five, is most strongly associated with staying out of the labor force. In western Sri Lanka, the average mother spends five to seven hours a day looking after her children. Najla Yehiya, a working mother of triplets, admits that without domestic workers, a supportive family and flexible working hours, employment “would be impossible”. Women who can employ servants or hire older family members to care for children are much more likely to go to work. But many, Yehiya rightly observes, are not so lucky.

Discrimination in hiring, promotion and compensation

Gender discrimination in hiring is another significant obstacle to the FLFP. Shanika De Alwis*, a 32-year-old architect, says she knows of at least two established architectural firms that don’t hire women. In sectors as diverse as research, IT, accounting and law, it is expected that women cannot work late or perform as well as men.

And even if women are hired, they can still be discriminated against. Highly trained professionals are often expected to take minutes or make tea at meetings. Unsurprisingly, in 2018, less than 10% of directors of companies listed on the Colombo Stock Exchange were women. There is also evidence of glass ceilings in the public sector, where “men…are three times more likely to move up the ladder than women”.

Along with discrimination in hiring and promotion, there is a gender pay gap. Sri Lankan women earn only 63% of what men earn. Ruwantha Hettiarachchi*, a 39-year-old manager, said: “I love employing women. They are more responsible and work more than men, but generally settle for lower wages.

Harassment and sexism at work can also cause women to quit. The lingering tone of sexism — which can take the form of jokes, unsolicited flirtations, or unsolicited comments about a woman’s personal life — can create toxic work environments. Sometimes the sexism is more explicit. Shanika* (32), architect, quit her last job because her employer was “a pervert”. “The straw that broke the camel’s back was when he hit my behind with a board that was lying around the office in front of all my colleagues,” she told me. While Shanika was able to find a better place to work, Sasi Manaleswamy, 42, who was also harassed at her last job, chose to stop working altogether.

Women face challenges even before they get to work. Nojitha Sukumaran, 21, a kitchen assistant in Jaffna, says her mother didn’t want her to go to work alone. Transport anxieties deter many from working and are grounded in reality: 90% of Sri Lankan women experience harassment on public transport. In an effort to discourage her from working, “my mother didn’t talk to me for a month,” Nojitha said. Lack of safe, affordable and accessible transport accounts for more than 15% of the FLFP gap.

Educational streaming also limits FLFP. Women start moving into arts and humanities at A level, then opt for university courses which are not very employable. For example, although arts graduates are considered less employable, 80% are women. And while IT and engineering graduates find jobs easily, few are women. Ashmini J. Udhyani, 26, a recent graduate from Southeastern University, says that in her group of 96 engineering students, only 21 were women. “Society believes that engineering is not for women. I had to demonstrate to my parents over time that I could overcome any challenge.

Male-dominated workplaces may then further discourage female employment. Managers may not think about toilets or separate quarters for women, for example, and harassment may become entrenched in the culture of the workplace. Once a critical mass of women is employed, however, more are encouraged to join. Sasi, for example, says she might consider working in a garment factory because then she can travel with other women and be around other women.

Occupational segregation is of particular concern given the changing nature of work. Much of the work that will be moved in the future is currently done by women, while women are also underrepresented globally in new and emerging fields. In Sri Lanka too, many male-dominated industries – logistics, engineering, ICT and hospitality – are experiencing strong growth. There is therefore an ongoing risk that as these industries develop, women will be increasingly excluded from the workplace.

Women migrant workers are an important example of the various legal, financial and administrative barriers that hinder women’s work. In 1996, 75% of migrant workers in Sri Lanka were women. But in 2019, less than 40% of overseas migrants were women. This reduction can be partly attributed to government policy. One example is the family background report, a requirement that actively discourages labor for migrant women.

Sri Lanka’s regulatory framework also fails other women. Women with household and childcare obligations would benefit from flexible working arrangements. But since severance packages for part-time and full-time workers cost the same, employers can avoid hiring part-time workers. Moreover, since the state does not bear the costs of maternity leave, private sector employers may think twice before hiring women of “childbearing” age. And that’s not all – women are also subject to discriminatory night and overtime restrictions, making them “undesirable” in certain industries.

The conundrum of women’s low participation in the labor market in Sri Lanka can be explained by the barriers to women’s work. Women are harassed on the way to work and while at work. They face discrimination in hiring, promotion and compensation. Ill-designed and discriminatory regulations deprive women of employment opportunities. And the expected roles of a woman as mother, wife and homemaker are limited. In some cases, women even suffer abuse before they are “allowed” to work. To improve access to work, Sri Lanka needs to remove these barriers. As Sri Lanka grapples with a crippling economic crisis, there is no better time to do so than now.

(The author is an independent researcher and policy analyst.)