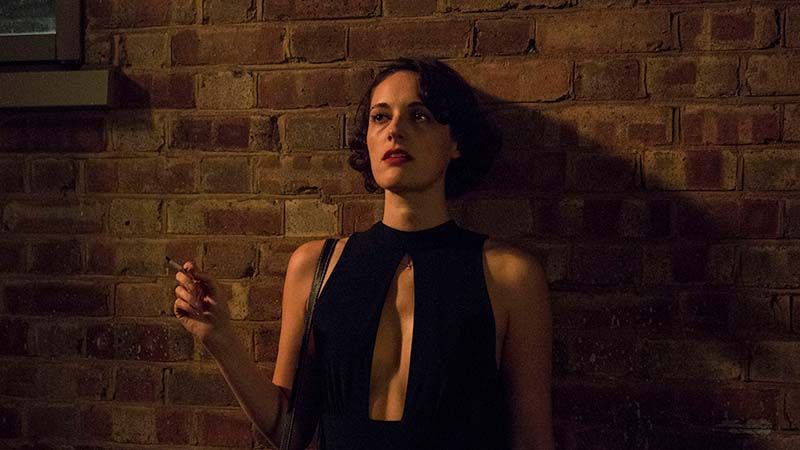 Once it was easy to define what a dream girl was – created in Hollywood, she was a Marilyn, a Rita, a Betty Grable smiling naively over her shoulder.

With the Sixties and the “youth-quake”, a more bohemian style was privileged – Julie Christie and Brigitte Bardot, less inclined to bow to the fantasies of the men while inspiring them.

Then came the 1970s and women realized that all the other oppressed groups seemed to have their own rebellion. At the 1970 Miss World pageant, “Women’s Lib” protesters (what a beautiful phrase – much better than old poncy “feminism”) threw flour bombs, alarming host Bob Hope. But unfortunately for us, a side effect of burning her bra was that it gave men a better look at our breasts – witness the famous photographs with nipples of the one on Carly Simon’s 1971 debut album to the photographs of Gered Mankowitz of ‘a young Kate Bush in a leotard in 1978.

Feminism has done nothing to prevent men from objectifying women. the Lady Boss (wearing dizzying stiletto heels, and whose real ambition was to have fun on the boardroom table after work hours); the Manic Pixie Dream Girl – and the Hot Mess, from Bridget Jones to Fleabag.

While they may be celebrated by some as being a progression of Hollywood honey or Chelsea chick, in reality Hot Masses attract the worst of men – if the women are already messy, they’ll be even easier for them. shoddy men. intend to play with. A new show is taking place this month at the Soho Theater in which actress Liz Kingsman takes up the idea of ​​the Hot Mess Dream Girl. She told the Guardian: “I am not referring to these messy accounts of women. None of my friends talk a lot about their sex life. And I would be hard pressed to find a single one that is aimless: everyone is pushing each other and working really hard.

The Hot Mess Woman does exist, however; I’ve known a few of them, but unfortunately they’re long past their youth, this is the only time being * ditsy * can be considered cute in any way. They tend to see themselves as * fiery * and * sassy * and * free spirits * – far too * vibrant * to bother with boring parts of life, like paying bills on time. When they go bankrupt, they are amazed. But the minute they get out of the claims court, they’re going to be buying candles that cost the best part of fifty pounds and some cushions saying I SEE SHOES!

Young and pretty can get away with a lot of things, from communism to love bites. Likewise, the Hot Mess in their 20s, if attractive, may be able to move from man to man by means of a stand. But we all lose our charms in the end, and one day the HM will just wake up in a mess; the men who once ruffled his hair and laughed at his lack of practicality and bailed him out will have no interest in doing so – they’ll have a younger, cuter Hot Mess to hang out with. For some men, HM’s challenge is to “save” them – an example being Amy Schumer in the movie Trainwreck, which at times almost sounds like a celebration of HM’s life in the fast lane but always ends up saying that the key to happiness is adopting a healthy lifestyle and moving to the suburbs; in the movie Last Christmas Emilia Clarke’s HM character gets advice on how to clean up her act from a man who isn’t even alive! For others, it has a sinister side, as HM’s lack of borders makes it easily overrun.

I remember when we were all supposed to be dismayed by Rod Stewart’s ode to his favorite sex object in Blondes Have More Fun: “You can keep your heads black and red / You can keep your brunettes too / I want a semi girl -intelligent / Give me a six-foot-two blonde. But the blonde he finally settled for, ex-model Penny Lancaster, is now vice-president of the Royal National Institute of Blind People – and special agent fully qualified City of London Police Some stereotypes women can thrive on – but the Hot Mess, by its very nature, has nowhere to go except down and out.

Who is Leena Nair? | Commercial standard