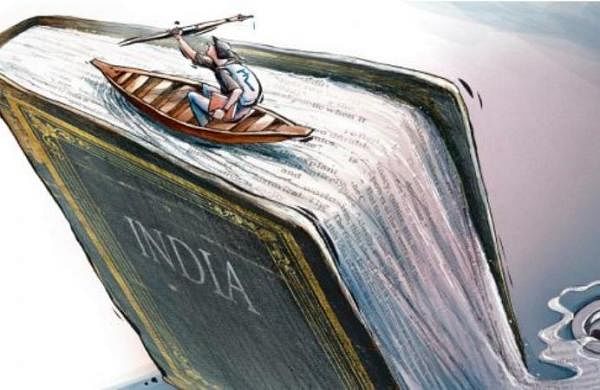 Win the narrative battle, but lose the war? – The New Indian Express

As this column goes to press, I am looking forward to attending the ThinkEdu Conclave, March 8-9, hosted by The New Indian Express. In this column, I wish to highlight two issues flagged in my new book, JNU: Nationalism and India’s Uncivil War before the country’s policy makers, distinguished public, and general public regarding India’s higher education crisis.

The first problem concerns India’s narrative wars. In ongoing discussions, friends often ask me why the mainstream, left-liberal, congressional-sponsored narrative about India is so enduring. They wonder how he continues to rule not only the mainstream media, but also academics, diplomacy, culture, the arts, literature and other areas of soft power, even when the UPA is out of power in Center and that the Congress is routed in most of the states of India. .

But to understand the persistence of the residual soft power of the liberal left, the explanation that Congress ruled nearly 60 of India’s 75 years post-independence is not quite adequate. In fact, even after the manifest failures of congress-style socialism and secularism, their idea of ​​India prevails not only in our country, but in many parts of the world.

The reason for its depth and tenacity is that it is more insidious than historical. The fact that this idea of ​​India, as a continuation of the old colonial narrative, is easily supported by current Anglophone and Anglocentric neocolonial stereotypes is not understood by many. In this narrative, much of the glory of ancient India is myth, supported by right-wing Hindu nationalist fantasies of a lost golden age, which in itself is an Orientalist invention.

The neo-Ambedkarite demystification of ancient India as caste-dominated, oppressive and therefore amenable to rejection is, therefore, vital. This adamant opposition to any positive reconsideration of classical India is crucial to the modernist-Marxist-secular agenda. It contributes to perpetually dividing the Hindus between the guilty savarnas and the outraged avarnas, the latter constantly in need of reverse discrimination, if not appeasement.

Then there is the minority riding to be served. The argument here is that the Hindu majority is unfit to assume and exercise power. This is why Hindu deities, festivals, practices and texts are ridiculed or undermined at every opportunity. Numerically significant Muslims and theologically well-equipped Christians are discouraged from joining the majority formation led by Prime Minister Narendra Modi. Instead, minorities are constantly provoked and made to criticize the ruling system.

Resentment and insecurity among minorities is fueled by the highlighting, even fabrication, of atrocities against them, thereby demonizing the majority as perpetrators of violence and hatred against the weak and defenseless sections of society. society. Shaheen Bagh is just the latest example. India’s entire history must be viewed, according to the LeLi Strategy Handbook, as an endless series of foreign conquests, with little resistance or native backbone, let alone a cultural, social, economic or political order. coherent.

India is thus projected as a weak state that should not aspire to greatness, whether nationally or internationally. It should remain a second-rate power, part of a larger alliance led by one superpower or another. Any assertion or will to power is castigated like a chauvinistic sabre-thrust, dangerous for national security and threatening peace in the neighbourhood.

India, as a weak and divided country, with a fragmented society, an internally contradicted politics, a disputed history and a confused identity, would be easier to govern by people who claim to be its guardians because they do not belong to any group, region, language or community. Essentially foreign, they gather around them representatives of various interest groups and intermediaries, distributing the largesse of power in proportion to the effectiveness or usefulness of their supporters. This unpatriotic alliance of opportunists has only one glue: their own selfish interest in retaining power at all costs.

When we feel bad about ourselves and our past, when we have little hope for the future, our left-liberal elites become happy. It is because they can tell us that only they can hold together this motley and divided nation, with its unwashed and blinded masses. This is why I have argued that the battle we face as a nation is not just between two political formations or ideologies, but between two ideas of India itself. One is informed by idealism, hope and the prospect of greatness. The other stirs up our fears, our resentments, our doubts, our confusions and our insecurities.

The second problem concerns the brain drain. We all know that at the beginning of the crisis in Ukraine, there were over 17,000 Indian students in that country, mostly in medicine. Many of them are now back in India. The effort to airlift them is heroic. But have we spent enough time finding out why they went to Ukraine to study medicine in the first place, without even knowing the language of the country?

We witness the phenomenal flight of young people out of India every year after failing to find a place in our locked reservation system. Estimates are that there are more than 10 lakh Indian students abroad, of which more than 2 lakhs each are currently in the United States and Canada alone. Only a small percentage of them are scholarship holders. The rest pay huge fees, often taking out massive loans to cover the costs.

We suffer not only from brain drain, but also from capital flight. Apart from USA and Canada, there are thousands of Indian students in UK, Australia, Singapore etc. So we have created a system in India that encourages the export of talent and money. We spend around $15 billion or more on these students every year, enough to fund over 300 JNUs in India.

As someone who has spent their whole life studying or teaching, I am worried. As a country, not only are we falling behind in education, but we will soon cease to be competitive if we continue like this. The only reason we have survived is because of the tremendous creative energies of our people, who find informal and unorthodox solutions to extremely complex problems.

The whole future is in balance. If we lose what little we have now, it’s hard to imagine how we can stay at the forefront of the new economy, which is a knowledge economy. This neglect of our education system is particularly lamentable when one remembers that we have been a knowledge society for over 3,000 years. But today we seem to have fallen into enormous ignorance and apathy.

We can change all that. India can be a profitable education hub not only in the global South but in the rest of the world. Brands such as IITs and IIMs already enjoy global recognition and bandwidth. I was told that the government had finally allowed the former to open overseas campuses, but nothing on the ground has happened yet.

There are several other Indian universities and institutions that can also be competitive, attractive and affordable if they become true centers of learning and excellence, rather than just playing politics, picketing or picnicking. If we do not react quickly, foreign universities, where our best young people will prefer to study despite the high fees, will invade our own country. This will unfortunately be the prelude to the recolonization of India.

There’s still much to do. The question is: do we have the political will to do it?