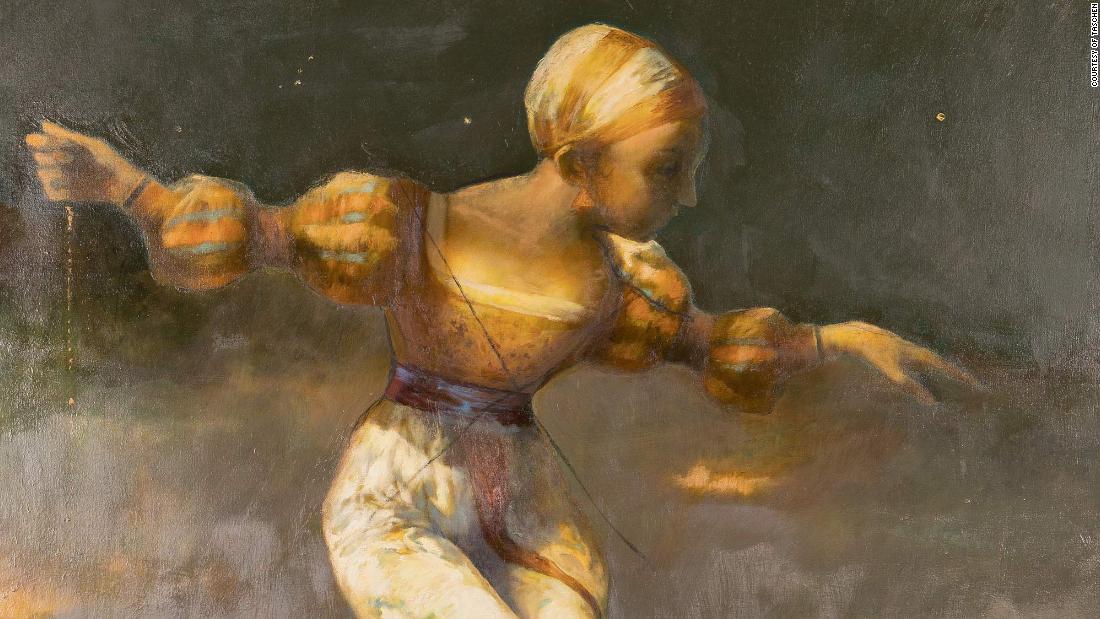 “Witchcraft”: a new book by Taschen illustrates its complex history

Look for “witches” and you might see one of the many depictions: ugly old ladies and sultry young temptresses; anti-heroes and aspiring role models; evil creatures mixing deadly potions and righteous witches helping girls find their way (a la Glinda the good witch in “The Wizard of Oz”).

A new title from Taschen’s Library of Esoterica aims to explore this wealth of complex identities in a visually vibrant volume that is not so much a book as a haunting tribute to a figure and practice as old as time.
“Witchcraft” offers a deep dive into the many facets of a centuries-old tradition in the Western world, weaving more than 400 classic and contemporary works of art with essays and interviews from what publisher Jessica Hundley describes as “a diverse coven of modern day writers, academics and practitioners, each embracing the practice in their own way. ”

In “The Witches’ Sabbath”, artist Jacques de Gheyn II depicts the Sabbath with a pen and ink drawing of a swirling cauldron. Credit: Courtesy of TASCHEN

“I wanted to present witchcraft through symbolism and art, but also new personal perspectives,” Hundley said in a phone interview. “Much of esotericism is often shrouded in secrecy and weighed down by stigma. With ‘Witchcraft’ we worked collaboratively to introduce the topic in a way that seemed inclusive and less intimidating.”

With more than 500 pages, the collection covers the history of witchcraft and the representation of witches in literature and fairy tales; the tools of craftsmanship and the rituals that have been part of it for a long time. There are also sections dedicated to fashion, creative media, and the witch in movies and pop culture.

A story of feminine energy and rebellion

While the word “witch” has its etymological (wicce) roots in Old English, the lineage of the “western witch” dates back to Greek mythology and the earliest folk traditions of Egypt, Northern Europe, and the Celts.

Each culture represented the mystical figure differently, but some of its traits recurred in geographically widespread countries: a witch was a powerful goddess, often associated with home and love, but also with death and magic. She was above all a signifier of a complex femininity.

“The iconography of the witch, while evolving over the centuries, has always revolved around the idea of ​​female power and reflected the changing attitudes of society towards it,” said the co-editor of the book. , Pam Grossman, in a telephone interview.

In the 11th century, as male-centered Christianity spread across Europe, perceptions of femininity changed.

The so-called witches (often any woman who deviated from the prescriptions of the monotheistic religion) began to be seen as aberrant people within their communities, feared and isolated for their supposed connection to the devil.

In the 14th century, the collective imagination had recast the witches into heretical outcasts. Over the next three centuries, witch hunts and executions, including the Salem trials of 1692, swept through both the Old and New Worlds.

In Kiki Smith’s work “Pyre Woman Kneeling”, a female figure in bronze surmounts a pyre. The statue commemorates the women who were burned for witchcraft. Credit: Martin Argyroglo / Courtesy of TASCHEN

“The image of the witch that crystallized in our minds – that of an evil and frightening woman – arose from this exact period,” said Grossman, who is also a writer, curator and professor of magical practice. “The advent of the printing press, in particular, really helped popularize it. What she was, of course, was even scarier: a threatening woman.

Indeed, what emerges from “Witchcraft” is that witches and their practice have long been a metaphor for women who want to have authority over their own lives (the coven, essentially a community led by women). , is also part of this metaphor). Browsing through the book, which features works by names as diverse as Auguste Rodin, Paul Klee, and Kiki Smith, it’s hard not to notice how so many of them portrayed witches as fierce and powerful creatures even then. that they were rejected by society.

Whether they are old witches or young hypersexual beauties, they embody a rebellious spirit that “wants to overturn the status quo,” Grossman said.

A resurgence of witches

In the 18th and early 19th centuries, as the persecution of witches ended (at least in the Western world) and witchcraft began to be recognized as the last vestige of pagan worship, the magical figure was again reshuffled. This time, she has become a fantastic subject as well as a symbol of female rage, independence, freedom and feminism.

Behind this latest “rebranding” was the suffragette movement, which used the witch archetype as the persecuted “other”, an example of patriarchal oppression.

Witchcraft again gained popularity in the 1960s as second wave feminism viewed witches and their covens as expressions of female power and matriarchy (on the activist side there was even a group of women who, in 1968, founded an organization called WITCH).

Boston-based group WITCH Boston meets on September 19, 2017 on Boston Common for a rally against the end of the DACA program. Credit: Lauren Lancaster / Courtesy of TASCHEN

The practice made another comeback in the 1990s, following the Anita Hill hearings and the rise of third wave feminism; then again in the wake of Donald Trump’s elections in 2016 and the #MeToo movement.
Over the past four years, the practice has become widespread, sparking articles, podcasts and Instagram accounts.

“I think for many women and, increasingly, queer and non-binary people, the witch has become an alternative to institutional power, as well as a way to tap into their spirituality in a way that doesn’t is not being publicized by anyone else, ”Grossman said.

“Witchcraft is a way that you can feel that you have a certain agency in the world. And because a lot of it is about creating your own rituals, it allows people from different walks of life to participate. on their own terms. “

The tale of witchcraft has also evolved on the screen and “Witchcraft” devotes its last pages to it.

From the scary Wicked Witch of the West in “The Wizard of Oz” to the beautiful Samantha of “Bewitched” and the tenacious Sabrina of “Chilling Adventures of Sabrina” (which couldn’t be further from the original show with Melissa Joan Hart), the witch went from villainous to protagonist, and from someone you’d fear to someone you might aspire to be.

“Whether they inspire fear, seduce, use violence, or act for the greater good, the way the visual arts describe witches always reflects the cultural moment of which they are a part,” Hundley said. What has remained unchanged through the centuries, she noted, is that the very nature of the witch is to contain all of these archetypes within her at all times.

“The witch is in a state of constant evolution,” she said. “She’s a shapeshifter.”

“Witchcraft” is now available in Europe and will be released next month in the United States.

Witchcraft and activism are woven together in this gothic fantasy novel by Alix E. Harrow, which takes place in another America where witches once existed but no longer exist. – join the suffragists of New Salem as you begin to awaken their own magic, turning the women’s movement into a witch movement.

Witches become superheroes in this action-packed series, now in its second season. Three young witches drafted into the US military – Raelle Collar, Abigail Bellweather, and Tally Craven – use their supernatural tactics and spells to defend the country against a terrorist organization known as the Spree, a witch resistance group.

Host Amanda Yates Garcia discusses tarot, psychology, mythology, pop culture, witchcraft, magic, art and history alongside a series of special guests , in a podcast that aims to explore the many expressions of the practice.

Set in the aftermath of Hurricane Katrina in New Orleans, the third season of the FX horror anthology series “American Horror Story” focuses on a clan of witches descended from survivors of the Salem trials as they fight for their survival against the outside world. The show deals with femininity and race, as well as issues related to modern feminist theories and practices.

Top Image: Entitled ‘Ritual’, this 2019 artwork by photographer Psyche Ophiuchus shows a ceremonial circle taking place at Fairy Glen on the Isle of Skye at dusk.