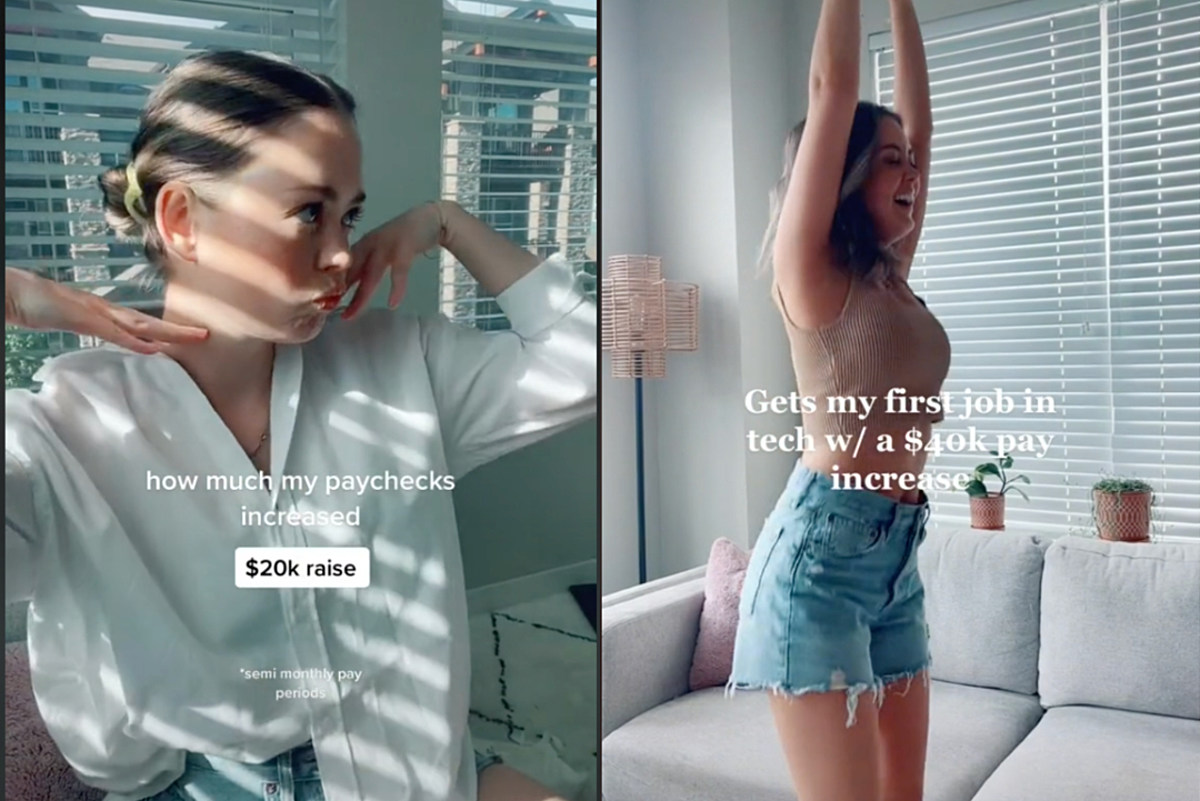 TikToker Lexi Larson just landed her dream tech job when she decided to be transparent with her new salary on TikTok. Just six weeks after starting her new job, she was fired for creating the social media post.

Last month, Larson revealed that the new venture and his role had granted him a $20,000 raise as well as a $449 monthly increase in taxes paid. The video went viral with over 200,000 views. She participated in the viral trend of disclosing your position and salary to promote transparency.

Two weeks after posting the video, Larson said she was fired from her new job due to her disclosure in the video.

“So TikTok got me fired,” Larson said in the follow-up video. “A few weeks ago I started sharing how I found a job in the tech industry.”

She continued, “I don’t work at this job anymore because they fired me.”

Larson shared that she was initially hesitant to share details of her dismissal as she signed legal documents following her dismissal.

However, she noted that her former employer discovered her TikTok account and “really, really didn’t like” her disclosing her salary although she didn’t specify which exact company or title the role was. in the clip.

Larson would be protected because his salary sharing is protected by the National Labor Relations Acthowever, she took down a few of her other TikToks regarding her salary and brief job.

Despite the dire situation, Larson told her former manager about the situation at her previous job, and she was able to return to the original job she had before applying for the new one.

“They are truly amazing. They know my TikTok and they have no problem with that,” she clarified.

Wild Jobs That Celebrities Had Before Fame

The Five Most Important Ten-Year Trends in College Majors