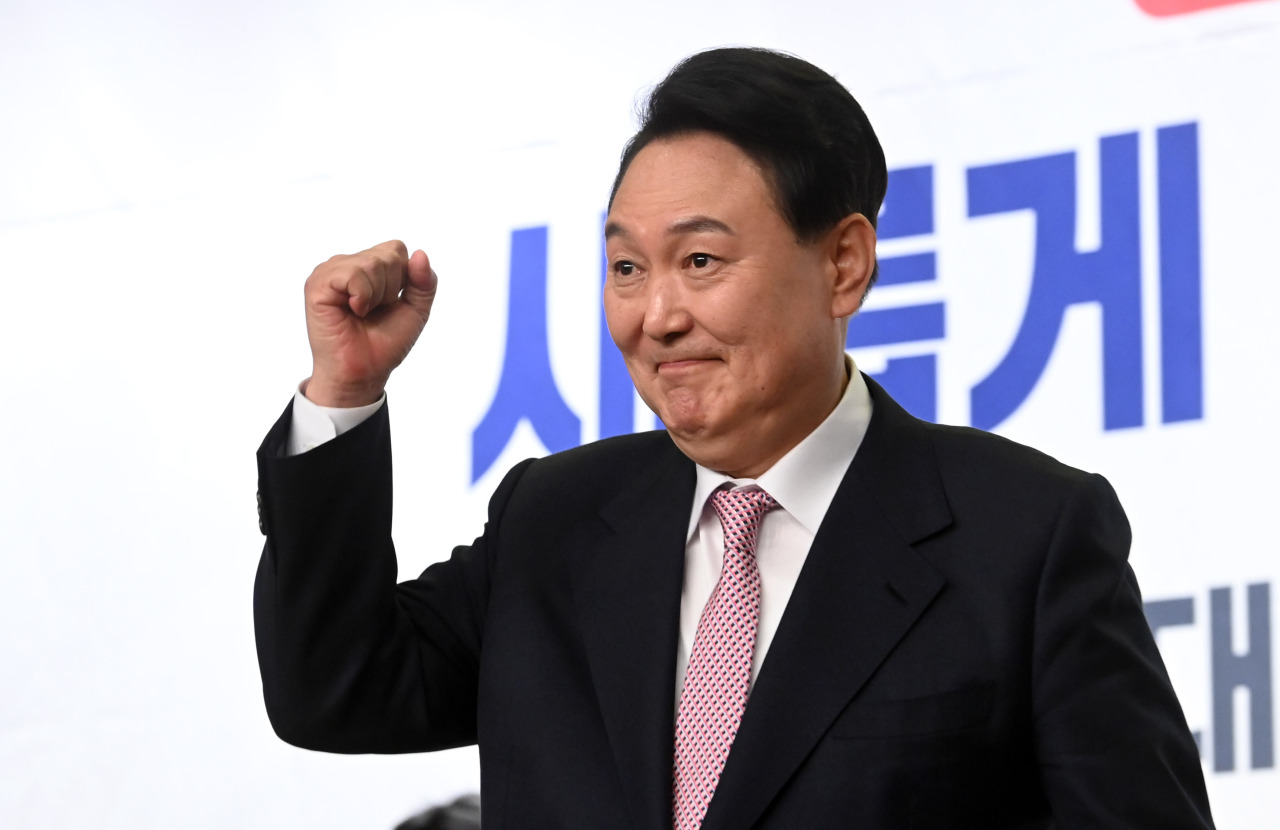 President-elect Yoon Suk-yeol’s strategy of virtually alienating the female population in pursuit of male voters nearly cost her the election, and local women’s groups are urging her to be aware of this before implementing her “anti-feminist” promises.

In the wake of Wednesday’s presidential election, Korea Women’s Associations United released a statement criticizing Yoon’s campaign, in which he escaped by Korea’s smallest ever margin with a 0.7 victory. percentage point over Lee Jae-myung of the ruling Democratic Party of Korea. They urged Yoon to backtrack on his controversial promises, including to abolish the Ministry of Gender Equality and Family.

“The People Power Party and the President-elect have actively used a fabricated and retrograde (strategy) of using such frameworks as ‘incitement to hatred’ and ‘gender conflict’ during their campaign, which has caused the disappointment of many citizens,” the KWAU said on Thursday. saying that Yoon should be aware of why young women have rallied against him. “They should reflect on the significance of their extremely slim victory, less than 1%, despite the national aspiration for administrative change.”

But among those in their twenties, Yoon dominated the male population with a 58.7% advantage to 36.3%, while 58% of women supported Lee compared to Yoon’s 33.8%.

This was widely interpreted to be due to opposition to Yoon’s anti-feminist overtures and remarks, capped by the fact that the conservative candidate withdrew his claims of being a feminist and reiterated his promise to abolish the Ministry of Gender. Tuesday, the day before the election as well. as International Women’s Day.

Yoon’s pledges also included tougher penalties for false accusations related to sexual violence, which local women’s groups and their rivals – including the Justice Party’s Sim Sang-jung who was one of two candidates for the presidential election – criticized as a sexist plea to appeal. to young male voters.

“We urge the new administration to base its policies on democracy and gender equality, and actively seek to abolish structural discrimination,” the KWAU continued.

At his first press conference as president-elect, Yoon denied accusations of gender bias and said he was trying to address the “injustice” in society. “The law and the system (for gender equality) have already been established to some degree, so rather than focusing on issues like collective equality, it is more important for the state to focus more on individual cases of injustice,” he said.

Yoon’s comment was an extension of her previous stance that had much appeal to young male voters who say they are being left out and discriminated against by the outgoing Moon Jae-in administration’s policies labeled as feminism, especially those of the Ministry of Gender.

The Ministry of Gender Equality and Family was established in 2001 under the then President Kim Dae-jung as the Ministry of Gender Equality, assuming the functions specific to women and the childcare functions of the Ministries of Labor and Social Affairs. After several rounds of restructuring, policies related to adolescents, families and multicultural families were transferred to the ministry, hence the name change.

The previous Lee Myung-bak administration (2008-2013) considered abolishing the ministry and transferring its functions to other government bodies, but the plans were met with fierce opposition from women’s groups and the Democratic Party at the time.

How the pandemic has affected working women