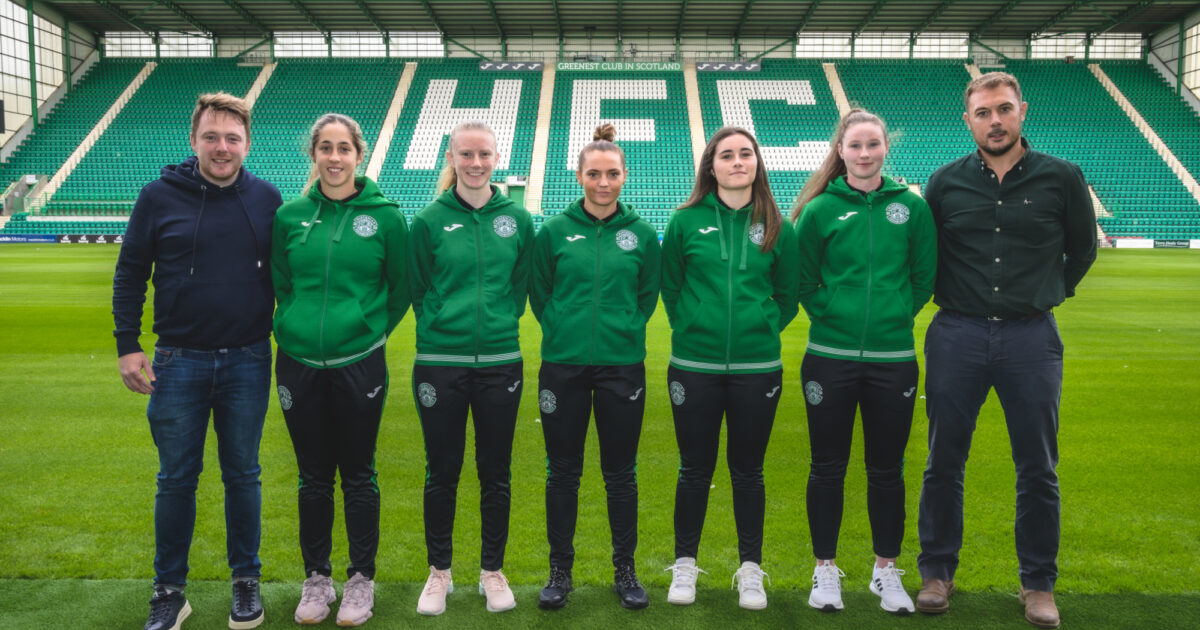 Hibernian FC is delighted to announce that Hibernian Women has officially come under the ownership of The Football Club.

The Club has also reaffirmed its commitment to the development and advancement of women’s football as the Hibernian Women progress to professional status.

Over the summer, manager Dean Gibson, alongside a number of players from the women’s team, worked out full-time professional contracts.

For the foreseeable future, there will also be a brand new home for the women of Hibernian when they return to Edinburgh! More exciting news will follow on this shortly.

Hibernian FC Managing Director Ben Kensell said: “It is a truly proud day for everyone involved in Hibernian FC. Integrating the women’s team into the club has always been one of our main ambitions, so we are delighted to have been able to achieve this goal ahead of the 2022/23 season.

“We made huge progress last season beating Scottish attendance for women’s football with over 5,500 spectators watching the Edinburgh Derby and it’s clear to see the growth the game has made over the last few years. We have a clear vision for Hibernian Women, and we want to build on their success to inspire a generation of young players.

“We are also proud to see the Hibernian Women return to Edinburgh, this city should always be their home. We will fully support and invest in the women’s football strategy, as we have done this season, with the ambition to eventually reach European football and become a professional team.

“Hibernian FC pride themselves on being an inclusive club for all and I think this shows a real intention to put women’s football at the very heart of the club.

“We would also like to thank the Hibernian Community Foundation for all the work they have done over the years with the women’s team.”

The Club has also invested off the pitch with additional staff recruited across all areas of the business to support the growth of Hibernian Women.

They aim to create the best regional football talent academy in Scotland, producing world-class players by playing football at the Hibernian Way, while creating a gateway for girls to have a lifelong place in the game.

It was announced in May 2022 that Hibernian FC were one of 20 clubs to be inducted into the inaugural Scottish Women’s Premier League.

Gibson’s side will face Celtic, Glasgow City and Rangers in SWPL 1, with the first game against Celtic on August 7, 2022 and the first home game against Hamilton here in Edinburgh the following week.

Season tickets for Hibernian Women will now be available for £100, with match-by-match tickets costing £8.

You can buy a subscription by CLICKING HERE!