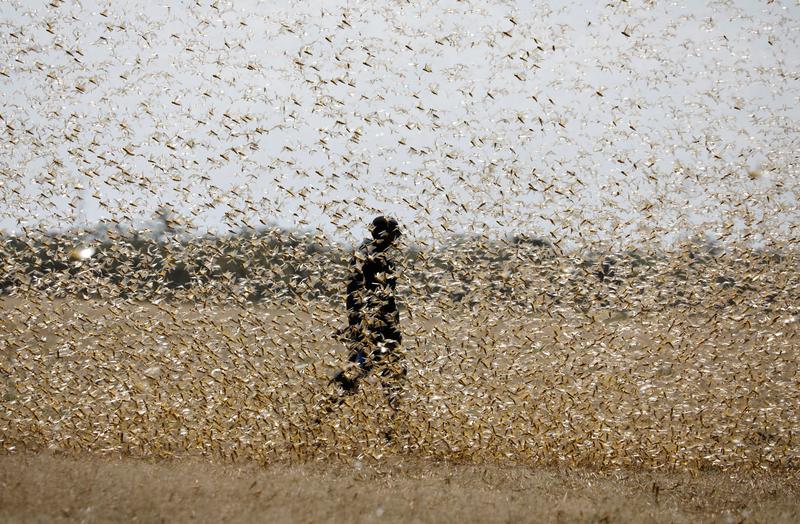 WASHINGTON (Reuters) – The World Bank on Thursday approved a record $500 million in grants and low-interest loans to help countries in Africa and the Middle East fight locust swarms who weave their way through vast expanses of cultures and journeys.

“The Horn of Africa is at the epicenter of the worst locust outbreak we have seen in a generation, most likely in more than a generation,” he said, noting that the novel coronavirus pandemic exacerbates the crisis.

Swarms of locusts have infested 23 countries in East Africa, the Middle East and South Asia, the biggest outbreak in 70 years, according to the World Bank. It threatens food supplies in East Africa where nearly 23 million people face food shortages.

The World Bank estimates that the Horn of Africa region could suffer up to $8.5 billion in damage to agricultural and livestock production by the end of the year without general measures to reduce populations of locusts and prevent their spread. Even with these measures, losses could reach $2.5 billion, he said.

In Kenya, locusts eat in one day the amount of food eaten by all Kenyans in two days, Kray said.

The new World Bank program will help farmers, pastoralists and rural households by providing fertilizers and seeds for new crops, as well as cash transfers to pay for food for people and livestock.

It will also fund investments to strengthen surveillance and early warning systems to make the region more resilient in the medium to long term, Kray said.